The Venous Institute of Buffalo is devoted to promoting vein health. Dr. Michael Vasquez is nationally and internationally recognized for his expertise, teaching, and research in outcomes following treatment of venous reflux disease.

Outreach through outcomes is the key to patient satisfaction and practice success. Dr. Vasquez is the lead co-author of the Revised Venous Clinical Severity Score (J Vasc Surg 2010; 52:1387-96) which sets the international standard for following clinical outcomes in venous treatments. He is also co-author of Clinical practice guidelines of the Society for Vascular Surgery and the American Venous Forum (J Vasc Surg 2011; 53:2S-48S) which is the most referenced vein guidelines of its time. Being a clinician who was able to publish these outcomes, Dr. Vasquez has been asked to participate as Principal Investigator in several FDA approved Phase 3 Clinical Trials. As such he has extensive experience in the newest endovenous treatments including Varithena and VenaSeal since their inception in the United States. He has been performing endovenous radiofrequency saphenous ablation (VNUS Closure procedure) since September 2003 and was the first in New York State to use the new ClosureFast catheter, helping over 8,000 patients to date. Working relationships with vascular colleagues that provide bordering clinical care enhance the outcomes mission of the Venous Institute of Buffalo.

Dr. Vasquez serves on multiple national committees and organizations dedicated to the advancement of venous health. These include the Society of Vascular Surgery Health Policy Committee, American Venous Forum, American College of Phlebology, Eastern Vascular Society, Venous Disease Coalition, and International Society of Endovascular Specialists. He is active in the Western New York Vascular Society and Past President of Buffalo Surgical Society. He is Board certified by the American Board of Surgery, is a Fellow of American College of Surgeons and is a Diplomate of American College of Phlebology. He has delivered 75 major presentations throughout the world on his work. He has been published in 7 book chapters, 5 comprehensive review articles and multiple abstracts. He has been interviewed frequently by television, radio and written media. In 2009 he was featured in the SUNY Buffalo Physician. He was awarded the “Health Care 50 Award” by WNY Business First to honor “extraordinary professionals involved in the medical field.” Latest in 2015 voted to America’s Top Doctors® list published by Castle Connolly Medical, Dr. Vasquez received his New York State Medical License April 4, 1995. He directs a dedicated venous Vascular Lab and has additional certification as a Registered Vascular Technologist.

Dr. Vasquez is proud to offer to Buffalo some of the most progressive treatments of varicose veins and chronic venous disease anywhere in the world. 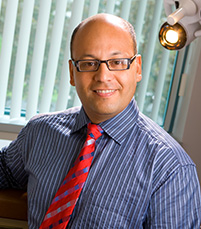